The Era of Lord Shiva Tattoos 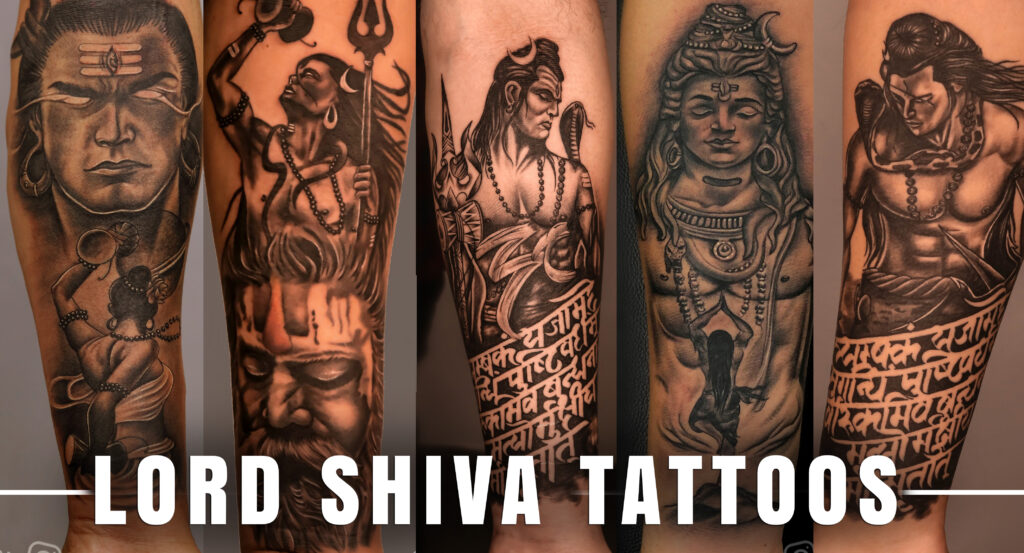 ” I remember people being crazy for Trishul and Om tattoos back in 2010 when I started tattooing.

A decade later, now this has evolved to entire different version of art and expression. I have witnessed some of the most unique designs and tattoos that people have got. Artists take days to search, visualise and design a tattoo. Hours and days go into the making and the final result is always stunning.

The Trend of Custom Lord Shiva Tattoos started by Sunny Bhanushali ( Aliens Tattoos, Mumbai) has made an huge impact on Indian Tattoo Industry. Now Studios accross India follow the trend as there is a huge demand of custom lord shiva tattoos. “

Tattoos inspired by your Concept and Our Creativity

We design a custom artwork as per the clients requirement and concept. Check out some of the Lord Shiva Tattoos Done at our studio. 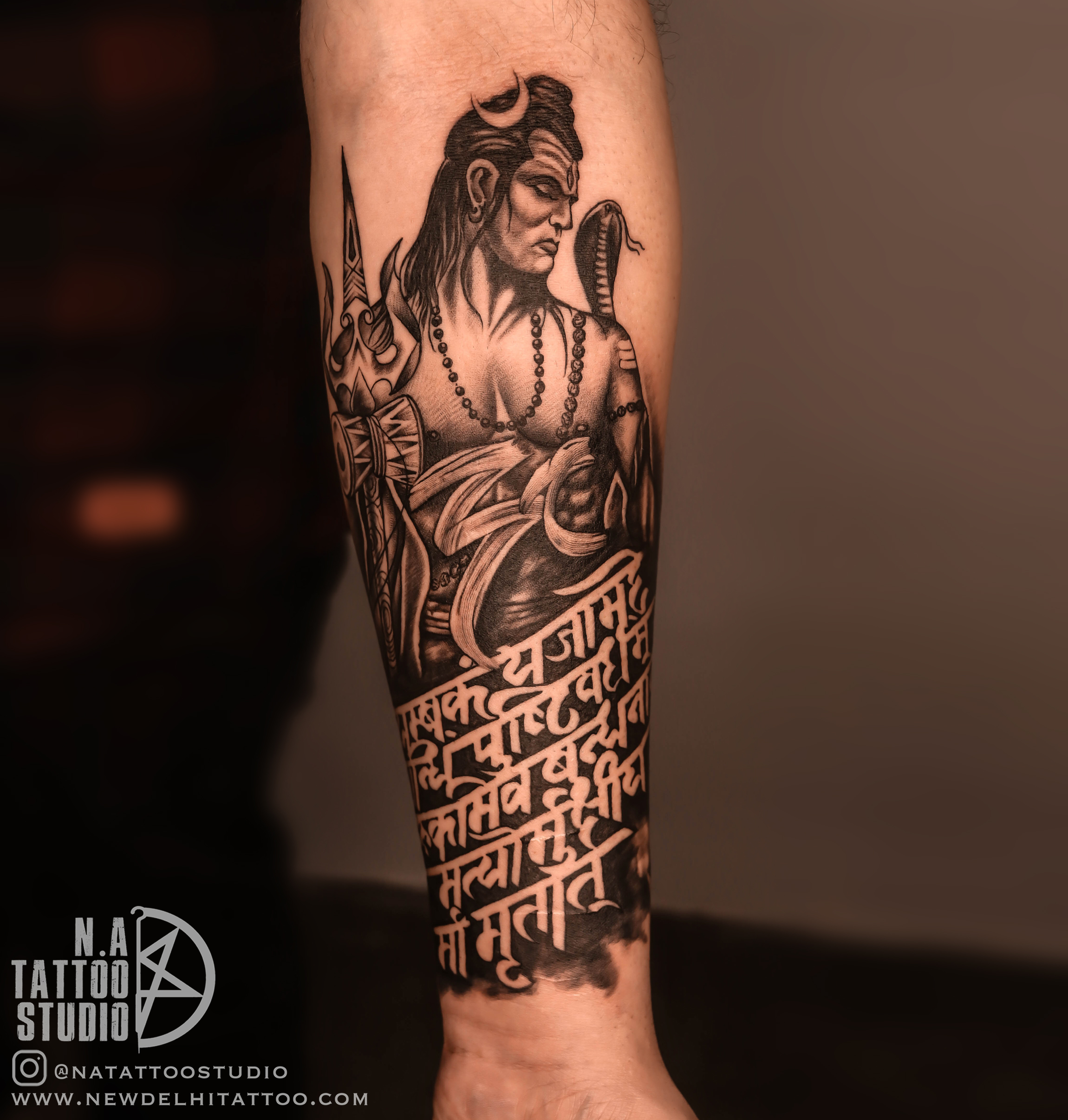 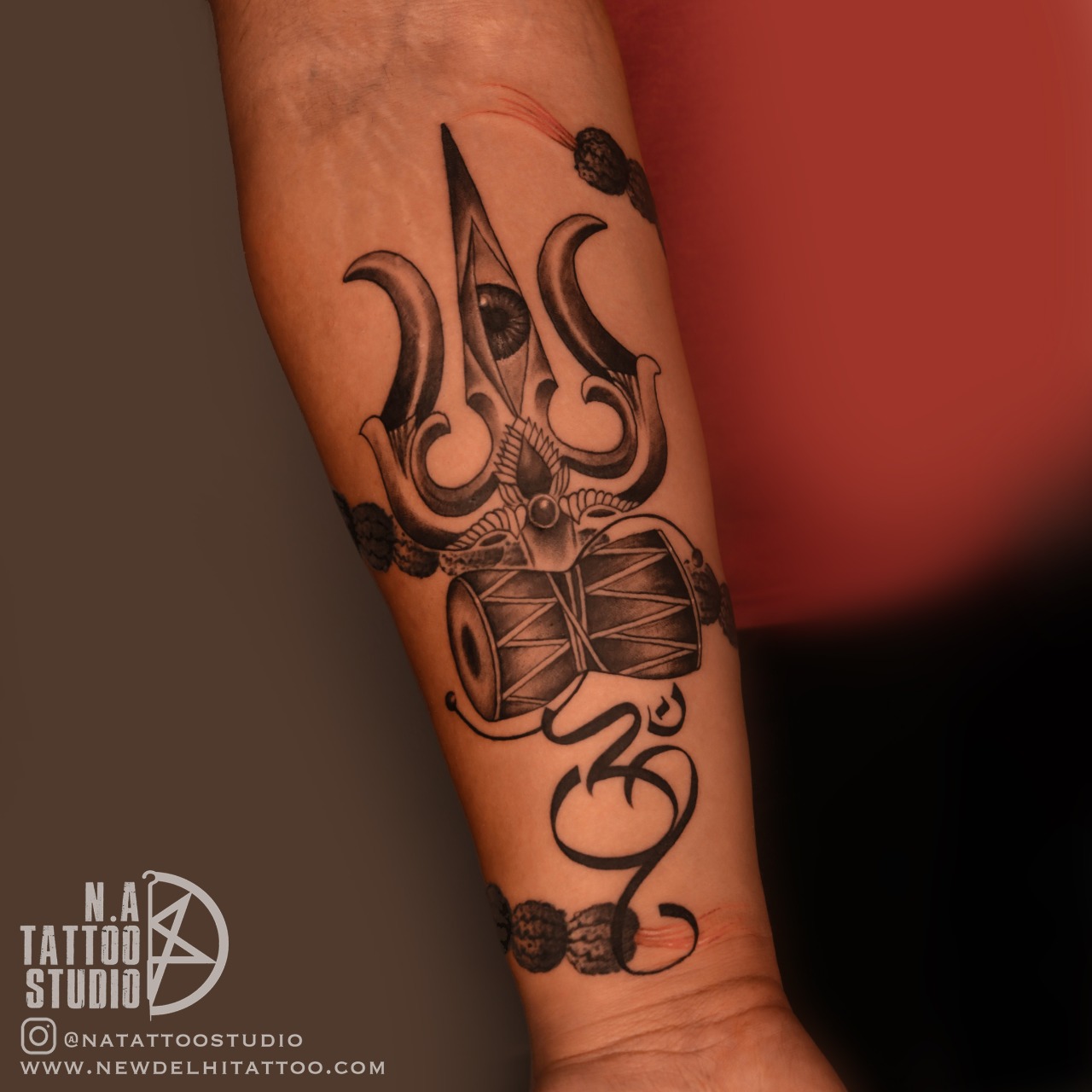 Shiva Moon – Shiva Tattva is where there is no mind and the moon signifies the mind.

Wisdom is beyond the mind, but it needs to be expressed with a tinge of mind and this is symbolized by the crescent moon.

Damru – symbolizes the Universe which is always expanding and collapsing. From an expansion it collapses and then it re-expands, this is the process of creation.
If you see your heartbeat, it is not just one straight line but it is a rhythm that goes up and down.

Snake – A state of samadhi where there is nothing, just the inner sky of consciousness, is Shiva; where there is alertness and no action. To describe this alertness they put a snake around Shiva’s neck. So the serpent is a symbol of alertness.

Third Eye – The third eye is associated with alertness and awareness.

Om Namah Shivaya is one of the very powerful mantras. It builds the energy in your system and clears the environment. Mantras are those energizing sounds which help to uplift the consciousness.

Shiv Ling – Lingam means identification, a symbol through which you can identify what the truth is, what the reality is. What is not visible but yet can be identified by one thing, that is lingam.

Maha Mritunjaya Mantra – We worship the three-eyed One, who is fragrant and who nourishes all.
Like the fruit falls off from the bondage of the stem, may we be liberated from death, from mortality.

Steps to get a Custom Lord Shiva Tattoo

Here are some of our Lord Shiva Custom Tattoos 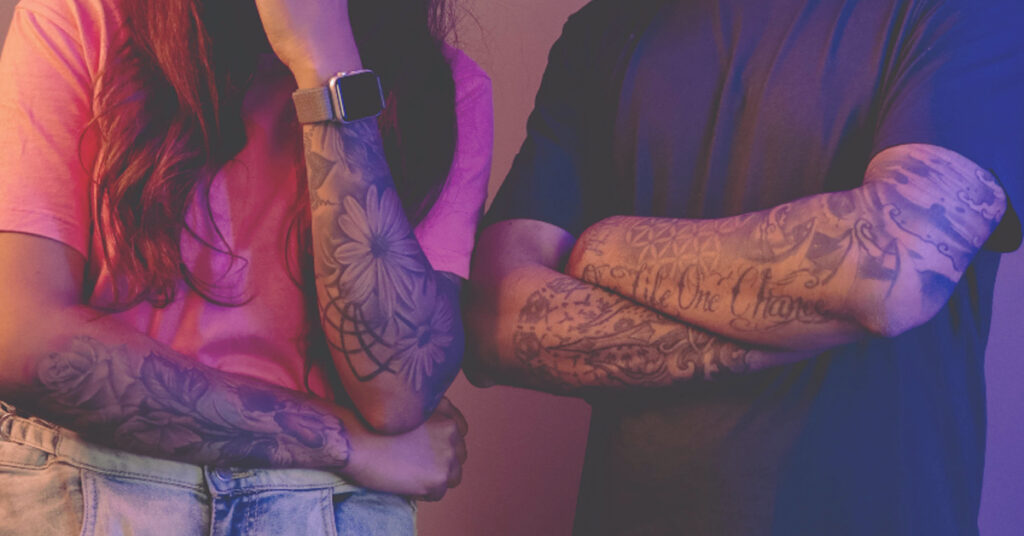 How to Plan a Perfect Tattoo